This Academic Senate is created to secure the professional rights and to carry out the responsibilities of the faculty of the Sonoma County Junior College District. The faculty have the traditional right of college faculty to participate in the governance of the college. As specialists in specific disciplines and as experienced instructors, the participation of the faculty in the governance of the college is essential for the district's pursuit of its mission. As professionals, the faculty have a right and a duty to set professional and ethical standards for the conduct of their profession and to promote the excellence of their profession. In order to achieve these ends and in accordance with Title 5 of the California Administrative Code, Subchapter 2, Sections 53200-53205, this Academic Senate is established.

The organization shall be known as the Santa Rosa Junior College Academic Senate, hereinafter called the Senate.

To promote the professional interests of the faculty of the Sonoma County Community College District and to participate in the collegial governance of the college.

To provide the faculty with a representative body to carry out all responsibilities delegated to a community college academic senate by state law, the Board of Governors of the California Community Colleges, and the Board of Trustees as outlined in the Bylaws.

To promote communication and mutual understanding among the faculty.

To promote the development and maintenance of teaching excellence within the framework of academic freedom and professional responsibilities and ethics.

The Electorate means those who may run for a senate seat, vote in a senate election in their area, and vote for senate president. The electorate consists of all faculty working in one of two conditions: A. Contract, consisting of tenured, tenure-track, and temporary full time faculty; and B. Adjunct, consisting of adjunct or hourly faculty who are currently employed by the district or have offer rights. Personnel whose job requires an administrative or supervisory credential or who are placed on the administrative salary schedule shall not be members of the senate.

ARTICLE IV: MEMBERSHIP AND ORGANIZATION OF THE SENATE

Any member of the electorate can run for a seat on the Senate.

The Senate shall consist of 26 senators elected as representatives and any officers who are elected at-large.

The Vice President and the Executive Secretary shall be elected from among the area representatives and shall serve for two years.

The duties of elected representatives and the senate officers and their methods of election shall be specified in the Bylaws.

When vacancies occur, upon direction of the Senate, new members or officers shall be appointed by the Senate President in consultation with the Executive Committee. Faculty members recruited from the representative area will be given priority when filling the seat, and the Executive Committee will consider the goals of equity, diversity, and inclusivity when making appointments.

When a Senator is on authorized leave, the Senate President may appoint a replacement to serve until the Senator returns to active service.

The recall of a Senator shall be accomplished by presentation to the Senate of a petition signed by a majority of the electorate. Upon the receipt of such petition at a Senate meeting, the Senate shall declare the seat vacant.

The constitution may be amended by the following initiative processes:

Other initiative measures shall proceed as follows:

Clause 1: The Senate shall place on the ballot an initiative or referendum measure signed by ten percent of the electorate.

Clause 2: If approved by two-thirds of the votes cast, the measure shall receive appropriate action of the Senate.

Future State legislation or directives affecting Community College Academic Senates shall be presented to the electorate in the form of constitutional amendments.

The President of the College and the Board of Trustees shall be consulted in advance of any major changes in this document. 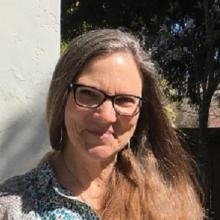